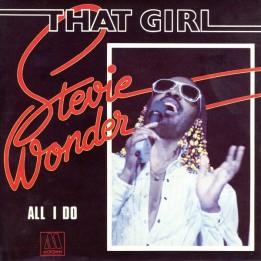 Before we review the Top 10 from March 13, 1982, I noticed something strange that usually only happens over the Christmas break. 9 out of the 10 songs are in the same position that they were in last week with the only new entry at #7.

10. Take It Easy On Me – Little River Band
For 5 straight years between 1978 and 1982, this Australian band placed at least one song in the Top 10. They were one of the most consistently successful artists during that time, but their time was about to run out. Lead singer Glenn Shorrock had just left the band for a solo career and with the band synergy now disrupted, they would post their final Top 40 hit just over a year later in 1983.
9. Leader Of The Band – Dan Fogelberg

Dan wrote this tribute to his dad, Lawrence, a former bandleader. It peaked at #9 just months before Fogelberg Sr. passed away. One of the very few hit songs that praise the dad for once. Now I don’t mean to disparage the man but I often wonder what kind of a guy he was when I hear lines like: “He earned his love through discipline, a thundering velvet hand.” I can’t help but think of that band instructor in Whiplash. Maybe Dan had a few cymbals thrown his way.

Also, this is the second song from The Innocent Age where Dan passive aggressively complains about being a musician. He already bitched about the road being “hell” in Same Old Lang Syne. Now we get the “And I’m in Colorado when I’m not in some hotel living out this life I’ve chose…” as he explains where all the “leader’s” kids live. Living out, like a prison sentence? Boo-hoo, Dan. That reminds me of the old joke – How many hookers can fit into a hotel room? Depends on your album sales.

8. Mirror, Mirror – Diana Ross
Diana has had so many huge smashes that some are gonna get lost in the shuffle. This is one of them, her 2nd Top ten single from Why Do Fools Fall In Love. Diana was finally taking control of her life, leaving Motown and producing her first album on her own. Co-written by former Stevie Wonder guitarist and future maniac Michael Sembello, this is resting at its peak.
7. We Got The Beat – Go-Go’s
Although I prefer Our Lips Are Sealed, I can’t argue that this is the quintessential Go-Gos tune. The original release in 1980 failed to chart in the US, but the re-recorded version made it all the way up to #2 held off by Joan Jett’s I Love Rock N Roll. Which means that in a few weeks the top 2 songs in the US will be by female-led rock bands. That will never happen again.
6. Sweet Dreams – Air Supply
Since we’re talking about consistent Australian acts, Air Supply had a streak of 5 straight Top hits, this being one of them, and placed at least one song in the Top 5 each year from 1980 to 1983. How did they do it? With one fluffy ballad after another, each one lighter than a 3 Musketeers bar. During this time they would occasionally show up on TV as hosts of Solid Gold, which led to this awesome infomercial decades later.
5. That Girl – Stevie Wonder
Stevie had a big 1982 without even releasing a studio album. Along with his monster duet with Paul McCartney, he put out a compilation called Original Musiquarium, Vol. 1 which contained 4 new tracks, including this one which was his biggest soul hit peaking at #1 for 9 weeks. Beginning with a mid-tempo lonely funky beat, and building to a gospel choir chorus of descending half-step Aaahs behind thundering drum fills, there is such a deep sadness that lies beneath this track. You can feel the heartache in his voice as sings “my mind and soul and body needs her.”  and “I’ve been hurting for a long ti-ime.” Many don’t readily think of this song when reviewing his catalog, but for me, it’s always been one of my favorites.
4. Shake It Up – The Cars
The Cars had been leading the way with synth-driven rock since 1977, so they were poised to be leaders of the New Wave in the 80s. Simple, catchy and more commercial than previous, this was their first Top 10 hit from their fourth album of the same name, giving every bartender of the world a theme song.
3. I Love Rock N’ Roll – Joan Jett & The Blackhearts
If you don’t know much about Joan Jett, here it goes. She was a member of an all-girl rock group called the Runaways, who had some success in Europe & Asia but not here at home. After 3 albums they broke up in 1979. Joan then left for England to pursue a solo career and recorded a few tracks including a cover of the Arrows’ 1975 glam rock hit, I Love Rock N Roll with Steve Cook & Paul Jones, late of the Sex Pistols. For some reason, she did not put it on her solo debut in 1980. When she formed the band, The Blackhearts, she re-recorded ILRNR with them and put it on the new album, which was half covers, half originals. It was the first released single and it shot up to the top staying at #1 for 7 weeks. The song is also in the Grammy Hall of Fame because no one can deny that it kicks ass.
2. Open Arms – Journey
Journey has never had a #1 pop song. [And a collective wedding party sighed.] This is as close as they would come as it peaked at #2 for 6 weeks. Written by Jonathan Cain as a member of the Babys, he would finish it with Steve Perry when he joined Journey. No one in either of those bands cared for it much, but Steve said: “I’ll sing the shit out of it and every prom from coast to coast will play it next year.” Sure enough, he was right. No one complained about cashing those checks, except maybe John Waite, who didn’t get one.
1. Centerfold – The J. Geils Band (6 wks at #1)

The lead single from Freeze Frame is finishing off its last week of a 6 week run at #1. The band had finally reached massive mainstream success, only to have everything begin to fall apart. After a follow-up live album, Peter Wolf left the band for a solo career which he maintains to this day. The band put out one more studio album in 1984 and then broke up, never to record again.

I can’t help thinking of this song without imagining my shaky ass roller skating in circles to it. I got a sweet pair of royal blue leather skates with a red and white stripe that Christmas and would look forward to Saturday afternoons, where I would go to the Levittown Arena and skate with my cousins. When this song came on, I made sure I was out there waiting for the 1-2-3-4, pretending I was drumming into a snare full of milk. Then I’d usually fall, but I didn’t care. I was hoping we’d finish up with a Kitchen Sink sundae at nearby Jahn’s Ice Cream parlor.

They closed the arena but part of that building is still there, converted to a Goodwill. I went in there to shop about 15 years ago and in the corner near the dressing rooms, I notice a piece of linoleum that had lifted off. And there it was, lying underneath it – a piece of that warped wood skating floor.

Next week I’ll be thinking about March 1989 with a far off stare and some PTSD.