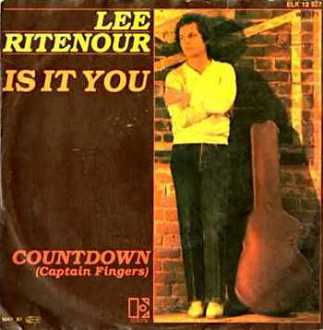 The Moody Blues took a break in 1974 with different members recording various solo projects. When they reconvened for the album Octave in 1978, keyboardist Mike Pinder left after its release and they brought in Patrick Moraz for a tour. Since Octave wasn’t the return to favor they had hoped for,  they decided to create a more modern, less symphonic sound for their follow up with Moraz in charge of the synths. [Pinder had thought he could come back as the keyboardist but the band deemed him too moody, which gave him the blues.]

Their new album, Long Distance Voyager hit #1 and spawned two Top 20 hits, this being the first one, which sounds like an ELO outtake. No one in the band is a Gemini, though their original bass player, Clint Warwick has the same birthday as Patrick Moraz.

Sheena wakes up, stops waiting for her partner at the train station and starts living her own life with no one telling her what to do. Or does she? The guy in the beginning of the song wraps up his one night stand with quickly leaving to go to work with Sheena clearly not digging that. Meanwhile she’s faking smiles, burying her dreams down inside while she’s on the morning train and watches TV by herself at night. Doesn’t really feel like she’s happy with being a “modern girl”, does it?. It wasn’t until 1984 and Strut that she seemingly finally took control, but here, in this eventual #18 is where the emotions started to bubble.

At #26 we had the Moody Blues sounding like ELO. Now at #24 we have Santana sounding like Journey. Written and first recorded by Russ Ballard in 1976, Winning will become Santana’s first Top 20 hit in ten years, since 1971’s Everything Everything.

THW – Dallas Frazier wrote and recorded the song Elvira back in 1966 and had a minor hit with it reaching #72. The Oak Ridge Boys have been around longer than that as the roots of the group stretch back to the 1940s. The quartet that sang on this 45 had been singing gospel music in the late 60s/ early 70s before making the switch to the devils music of Country. While recording songs for their new album, Fancy Free, they decided to record a version of Elvira after hearing Rodney Crowell’s (Nashvile’s tight y’all.) recording, which is pretty damn good. What probably made ORB’s corpone classic a hit were those papa-oom-papa-mow-mows between each chrous provided by Richard Sturban. And the unneccessary key changes one after another towards the end of the song just prolong the agony.

This was on Dimensions as well and provided lots of laughs between my brother and I.

FYI – I’m changing the code of Not a One Hit Wonder to Two Hit Wonder (THW) which is primarily the point I was making anyway.

There are six Country songs on the charts this week. Not sure if that was a high for this time period, but I do know that Country’s pop crossover river would dry up within the next couple of years and it wouldn’t start running again until the mid 90s.

After the success of Lady, Kenny decided to have Lionel Richie produced an entire album for him. The intro to this song is very similar to a Commodores ballad. It’s quickly moving up the charts and will hit #3 ina few weeks.

A forgotten song from a lost album in a legend’s catalog. This is actually a French song called J’Veux de la Tendresse written by Jean-Paul Dreau. New lyrics collaborator Gary Osborne wrote the English lyrics and retitled the song, Nobody Wins. It is also powered by synths and drum machines which was very different for Elton at the time. Nevertheless, because we all love to hear Elton sing, we still helped make this a hit at #21.

20. Joey Scarbury – Theme From The Greatest American Hero (Believe It Or Not)

OHW – Mike Post is the man when it comes to TV themes. For the last forty years his scoring on television from The Rockford Files to Law & Order has been more memorable and enduring than the shows themselves. He’s also written the most Top 40 TV Theme hits, including this one sung by Joey Scarbury. It’s one of his most recognizable and most successful hitting #2. [Damn you, Endless Love]

Believe it or not, there’s a video to this song. But what’s up with the hookers? Also I’m obliged to include this.

19. Tom Petty & the Heartbreakers – The Waiting

There’s only one question you need to ask yourself. Is this the best Tom Petty song ever written or are they all tied for #1?

THW – For those Jeferson Starship fans who became distraught over their harder rock direction in 1979 with new lead singer Mickey Thomas, fear not because Marty Balin is here. He picks up where 1978’s Earth left off with another soft midtempo ballad from his debut album, Balin which is on the way to a #8 peak. Many decades later he would perform the song live with Jefferson Starship [or a version of which contained Paul Kantner.]

OHW – This is the highest charting song from a Jazz artist this week which would make this the fourth in the 40. That was probably a record in the 80s for sure. Is It You? keeps inching its way up to its peak of #15. Jazz guitar virtuoso Lee Ritenour’s album Rit features vocals by Eric Tagg who has become a WestCoast legend himself with his catalog of Smooth albums from the 70s & 80s. After the success of this single Eric released a solo album, Dream Walkin’ produced by Lee but to this day, it has yet to be released in the U.S. though it has great tracks such as No One There, Marzipan and A Bigger Love.

Here’s the first of three, yes three, Top 40 hits from this pop rock band hailing from New Jersey. Sweetheart was at its peak of #10 last week, a Top 10 song most have forgotten. If you don’t remember it, you may have heard of the song Franke wrote and eventualy won an Academy Award Oscar for Best Song 1987.

OHW – Here’s the highest charting Country song in the Top 40 this week by a lady who by this time was a Country music veteran. This duet with Kenny Rogers was one of many she had recorded with him but the first to be successful on the Pop charts. If you’ve never heard of Dottie West, you can watch the TV movie on Dottie’s life starring Michelle Lee as Dottie right here.

Fun Fact: Dottie and her daughter Shelley each recorded a #1 duet on the Country charts in 1981.

The second single from Hi Infidelity and the followup to Keep On Lovin’ You is falling down after hitting #5. It would also be one of the first videos played on MTV in August. Pitbull sampled it on his minor hit Messin’ Around in 2008.

13. Gino Vannelli – Living Inside Myself

How do you contain the sheer power of Gino V.? Only brothers, Joe and Ross know how  as they wrap this dramatic belter’s voice in warm synths and tasteful production. This was Gino’s second Top 10 hit and inexplicably his last Top 40 hit.

One Reply to “Trying To Find An Easy Way Inside”