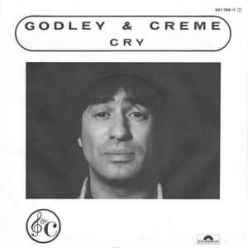 In between my time in Summer camp at USDAN and my retreat back to school, there were a few weeks where I could sit and watch MTV all day long or at least until the Mets were on. Here’s the first half of the Top 40 from the week of Aug 31, 1985

40. Michael McDonald – No Looking Back

Michael should have had a longer career at Top 40 radio. But a three-year gap between his first two albums greatly slowed down his momentum. This track enters the Top 40 and will only climb up six more spots, although it features contributions from David Pack and Jeff Porcaro.

The second single from this Rhode Island bar band will eventually reach the Top 20. I have no idea why.

38. Lisa Lisa & Cult Jam with Full Force – I Wonder If I Take You Home

If you lived in NY during the mid-80s then you heard this song approximately two jillion times a day. Even if you didn’t listen to the radio, it was always playing somewhere – from a car, boombox, bodega, you name it. So the fact that this is sliding down from a high of #34 baffles me. It was also certified Gold.

John Waite has hit the Top 40 three different ways – as a solo artist and with the bands, the Babys and Bad English. He’s had at least three hits with each entity, which means that if John is on your record odds are you’re gonna have a hit.

This is what I call a momentum hit, meaning that the only way this made the Top 40 was it was riding the success wave of previous big songs from REO’s album and radio stations just love to glom onto more of the same artist. Unfortunately, this song is blander than Kevin Cronin’s perm solution. Does anyone who goes to see them live care if they play this or not? Nobody bought this single. And what’s worse it kept a better song out of the Top 40, such as Hanging On A String by Loose Ends, which only made it to #43.

35. Cock Robin – When Your Heart Is Weak

OHW – I’m not a prude nor am I a twelve-year-old boy. But seriously, why would a band specifically put the word ‘cock’ in their name? Do you think it was easy for the Brothers Johnson? Dick Hyman? Those were their real names. Also, this was an American band, not British like I assumed, so there are no excuses.

Does anyone remember this song? How did it get in the Top 40? I don’t remember the video or any radio stations playing it. Even at the time in 1985, I looked at the charts and wondered who the hell is Cock Robin. Then I giggled.

34. Rick Springfield – State Of The Heart

Rick had 16 Top 40 hits in the 1980s, but how many do you really know? Jessie’s Girl? Don’t Talk to Strangers? Maybe Love Somebody? Most of his hits that made the Top 40 are largely forgotten. Doesn’t mean they are not good. Just means that Rick racked up the stats but not the legend status. He’s like the Rafael Palmeiro of rock.

Freddie Jackson seemed to come out of nowhere in 1985 and absolutely crush it on the R&B charts, racking up eight #1s on the Soul chart before the decade ended. Although his debut single peaked on the pop charts at #18, it would stay up at the top of the Soul charts for six weeks becoming the #1 Soul song of 1985.

Yeah, yeah, they’ll pass you by. Next.

31. Whitney Houston – Saving All My Love For You

Whitney was not yet Whitney when the second solo single from her debut was heading up the charts. But this will be the first of seven #1s in a row for her. Also, this was originally recorded by Marilyn McCoo & Billy Davis Jr. in 1978.

I know there are lots of JCM fans out there. I’m just not one of them. I would think a song about two people living on those in betweens sharing a night full of loneliness would inspire some sort of emotion in me. But it doesn’t make me feel anything and that’s OK. It obviously touched enough people to make it another JCM Top 10 hit.

OHW – This is what I would choose to play on a lonely old night. What a bizarro hit in 1985 and it’s from an album that’s part remix, part compilation, and part new material. I get the feeling the G&C recorded new material just to try out some video ideas as the duo were becoming more known for their music video production that their musical output by the mid-80s. Their stark black and video for the song is a just a bunch of people, including Godley, Creme, and producer Trevor Horn lip-syncing to this song, but the face morphing technique was considered revolutionary at the time. The video for King Crimson’s 1982 song Heartbeat showcases an early version of this.

THW- A-ha’s first recording of this song reach the Top 5 in Norway in 1984. But when it failed to chart anywhere else, Warner Bros teamed them up with Cliff Richard’s producer, Alan Tarney and re-recorded the song, the version we all know and love. Paired up with a new video which eventually took MTV by storm, this trio ended up having an international smash and an enduring 80s classic. It will hit #1 in the US in the late Fall 1985.

27. Eurythmics – There Must Be An Angel (Playing With My Heart)

The second single from Be Yourself Tonight pulls back on the harder rock edge a bit with a little more synth and a lot more soul including a harmonica solo by Stevie Wonder. It will peak at #22 and will be their only UK #1 hit to date.

As much as this sounds like a Prince clone, this band was not from Minneapolis, but from Flint, Michigan. And the Sheila they were referring to was not Sheila E. It was all just a coincidence but one that got them on the radio and an eventual #1 hit. I’m confused by the British accent though unless they were covering their bases hoping that New Wave stations would play them too.

This is the fourth and final Top 40 hit for the LA band led by Martha Davis. It will move four more steps in embarrassment to its #21 high. Whenever I hear this song I think of Jimmy Iovine in the Tom Petty documentary questioning the band’s work ethic saying something like ‘Do you want to be the Motels? Fine by me.” and I understand what he means.

Billy’s fourth single from Suddenly is at its peak this week providing some gentle soul-funk, which is what he put out for years before focusing more on ballads.

Madonnamania was in full swing in 1985, so album filler like this was getting released and rocketing up the charts on its way to the Top 5. At least we get to hear a rare guitar solo by Nile Rodgers. Also, this was considered a filthy song by the PMRC, a group of bored prudish white Washington housewives. PMRC, next time stand up for a cause that actually means something, like climate change.

THW – Just to show you that record companies have no idea what a hit is or will be, Dead or Alive’s label, Epic Records hated this song to the point that the band had to fund their recording of it. When that was completed Epic still didn’t like it, so the band funded the video production as well. It has now peaked at #11, has become a Top 10 dance track and a #1 UK smash, where it was certified Gold. Also, the band had to sue Epic in order to get their royalties.

PFK – This has been a fairly Caucasian Top 40 thus far. Only four of these songs were R&B hits and three of those were ballads, including this former Top 10 Pop, Soul & AC track. That’s how it was in 1985, a year in which Sting, Wham! and Sheena Easton all had Top 20 hits on the Soul charts.

3 Replies to “How To Play The Game”