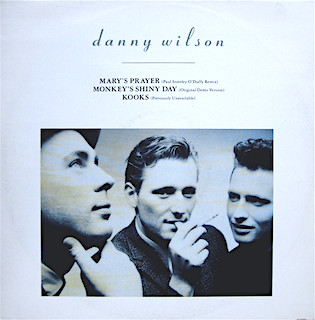 In late 1984, Ted Turner decided to launch an all music video channel to challenge MTV because he’s a megalomaniac. The plan didn’t work and the channel lost tons of money eventually selling its assets to Warner Entertainment, MTV’s parent company. They used that empty cable space to launch a companion video channel called Video Hits One or VH-1 in early 1985, which played more R&B, jazz and adult contemporary artists. And just like it took almost two years for MTV’s influence to be felt on the charts, so too with VH-1. Thus we have a very VH-1 influenced countdown from September 5th, 1987. The higher up we go, the lighter the air is.

Alexander O’Neal could been known as the lead singer of The Time had he not pissed off Prince. Instead he’s known as the guy who sings songs with Cherelle. This track was his only Top 40 hit without her. It’s got a nasty Jam/Lewis groove, but it loses lots of points for being part of that “women are money grabbin, back stabbin’ liars” trend that grew in popularity in the late 80s.  JK – it was just a new way to keep women down.

This is one of my favorite Bowie songs, which brings me lots of flack from his devotees. David’s vocals felt intimate and genuine, as if all of the stage personas just faded away and he finally shared something real with us. I also dig the guitar hits during the chorus which seem to be a call back to Let’s Dance. Many years later, I read that he wrote this song about his relationship with his longtime assistant Coco Schwab.

The Jets were in between albums but stayed hot on the charts thanks to this Beverly Hills Cop 2 soundtrack release which is now sliding down from its high of #7. They will also get the opportunity to sing the national anthem at a Twins game during Game 7 of the World Series in October.

SXMFU – At the beginning of the Big 40 Countdown show Nina Blackwood mentions that the Twins won the Series, four games to two, but again, there was a Game 7, so….no.

37. Steve Winwood – Back In The High Life Again

Steve’s fourth Top 40 hit is the title track to his 1986 album which made it up to #13 a few weeks ago. It also features some nice mandolin work from Steve and ‘can’t miss it if you tried’ background vocals from James Taylor. Also I heard it’s great music to own a yacht to.

Expose mixes it up a bit with a mid-tempo ballad which will be their third straight Top 10 hit. The lead vocals were by Gioia Bruno who would go on to have several solo hits on the US Club/ Dance charts in the 2000s.

The second single from Keep Your Eye On Me, produced by Jimmy Jam & Terry Lewis is at its peak this week, but it would make the R&B Top 10 as well as the AC charts. Featuring lead vocals by Lisa Keith it would be the last Top 40 hit for Herb Alpert whose charting streak stretched back to 1962’s The Lonely Bull.

OHW, PFK – From the progeny of the O’Jays Eddie Levert comes a new generation of R&B legends. With lead vocals from Gerald Levert and a proto-New Jack beat, this future Top 10 tells the story of a guy who’s not really a Casanova, but still needs his advice to win the heart of a woman whom he swears he won’t be a casanova with. Make sense?

Even though Sammy was the new lead singer of Van Halen, he still wanted the freedom to rock out on his own when inspiration struck. Listening to this #23 song, all that took was some Cabo Wabo shots and free studio time.

Ever watch a cigarette burn in an ashtray? Ever think someone should write a song about it? Well here it is anyway.

Here’s another future Top 10 hit from Heart’s multi-platinum LP, Bad Animals, their sixth in two years, although this does not get the classic airplay it deserves. I’d rather hear this than Never for the millionth time.

Natalie is back in the Top 40 for her first time since 1980 and it would begin a mini-comeback for her in the late 80s and early 90s. This will reach #13 and is the second single written by Midnight Star’s Reggie Calloway in this week’s 40. [#34 was the first.]

PFK – Prince’s fascination with Sheena Easton continues as she duets (uncredited) on the second Top 10 hit from Sign O’ The Times and third Top 40 hit for Prince with “U” in the title. This song peaked at #2 during the week that Prince’s hometown baseball team, the Minnesota Twins, played in their first World Series. Game 7, which they would win, should have started out with this song’s intro blasting over the speakers with Prince whispering ‘here we are folks. the dream we all dream of, boy versus girl in the World Series of love.’

OHW – Wow, this song is still hanging around? It hit #4 last month after entering the Top 40 in early June. Funny that its US success prompted the single to be re-released in the UK where it initially did not live long and prosper. It would hit #4 over there on its second go round.

OHW – JB had been singing and recording in his native South Africa since the mid-70s. Cut to a decade later and he’s enjoying a Top 40 single in the US. He’s the first South African artist in the Top 40 since Hugh Masekela with Grazing In The Grass in 1968. Lies is lying at its peak this week.

OHW – From the album Living In A Box, it’s Living In A Box with Living In A Box. It’s like a crate of Wiley E. Coyote’s Acme dynamite came to life to taunt the homeless to a disco beat. In four years it will be Crystal Waters’ turn.

U2’s second #1 from The Joshua Tree is searching for the exit from the charts as it continues to rattle and hum down while Bono hugs random strangers on the streets of Vegas.

1987 was a great year for Smokey. He was inducted into the Rock N Roll Hall of Fame. He had two Top 10 hits, with this track being his second. And a New Wave band from England paid tribute to him in a song we’ll hear about further up the charts.

OHW – This is one of the best songs of the year, IMO but it’s at its zenith this week, never to climb any higher. This Scottish band’s leader Gary Clark would go on to write songs for many artists such as Demi Lovato and Liz Phair. I highly recommend the 2016 movie Sing Street, on which he co-wrote and performed the music.

The power ballad, as done by pseudo-metal Swedes, Europe. It will be their biggest US hit eventually hitting #3 but not the song they’ll forever be remembered by.

This will be Lisa Double’s second #1 from Spanish Fly and it will also hit the top on the R&B charts. Even though they cut Full Force loose from their name, that entity not only wrote but produced this Mary Wells-inspired track. A little Motown for the boomers was enough to turn them on and have two generations dig this song at the same time.

3 Replies to “Give The Tree A Shake”