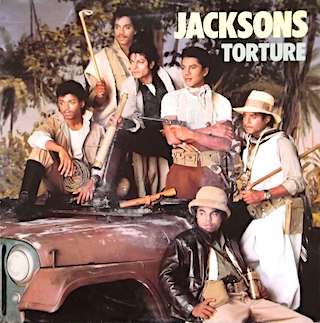 The bulk of this top 20 from October 6th, 1984 is a best of the 80s collection of pop songs. To this day most of them are still frequently played and held up as musical representations from the decade of greed. They also feature iconic artists that are about to or in the middle of creatively peaking.

20. Laura Branigan – The Lucky One

Singer-songwriter Bruce Roberts released two albums of his own before take a break in the 80s, sitting back and writing songs for other artists all the while collecting fat checks. This autobiograpical hit is at its peak this week.

The Fixx’s fourth straight Top 40 hit is quizically climbing up to its #15 high. If you find yourself watching the video for Tina Turner’s Better Be Good To Me and wonder why lead singer Cy Curnin was in it, this is why.

18. Night Ranger – When You Close Your Eyes

This is where I ask you to read the blog, The Music Of My Life for a great take, personally & historically on this song, though I may like it a little more than he does.

The Jacksons were trying to piggyback on the success of Thriller with a Victory tour and album. But all they ended up doing was lighting Michael on fire and giving him more reasons to stay solo. This single was way better than the State Of Shock trainwreck if only because no one was desprately screaming look at me over and over. The video is freaking hilarious featuring an S&M slave, moonwalking skeletons and a stand-in wax figure of Michael. It will be their final Top 40 hit.

16. John Cafferty & the Beaver Brown Band – On The Dark Side

I’ll never understand how this band became popular, even if it was for a minute. The Eddie & the Cruisers movie was brutal [was there nohing else on HBO?] and the music didn’t match the period at all. And if you like Springsteen that much, stick with the original. He’s up at #10 about to take over the world.

STA –  This was originally released as the second single from the So Excited LP in 1982 and reached #30, which wasn’t too bad. Then after the Pointers had two big hits in early 1984, this single was remixed, added to new pressings of their album Break Out and released as a single. This time it will climb up to #9 and become an 80s classic.

PD – Huey et al’s fourth straight Top 10 from Sports is falling after a peak of #6. That would not be it from said LP as they would have one more Top 20 single from it.

The blog Noblemania has a series called The Girl In the Video where they track down women in 80s videos and interview them. Here’s the link to the interview they did with the two ladies from this video.

And then from Amazon Women on the Moon, there’s this.

PD – Tina’s falling as she wraps up ten weeks in the Top 10 with three of them at #1. But this comeback story is just beginning.

Summer is over and so this one is naturally on the way out as well. Originally released a year previously, it became Bananarama’s first hit peaking at #9, written by all three ladies and Steve Swain and Tony Jolley from the band Imagination.

11. Billy Ocean – Caribbean Queen (No More Love On The Run)

Billy’s first US Top 40 hit was back in 1976, a #22 track called Love Really Hurts Without You. It took another eight years for his second one, but it will travel all the way to the top and establish him as an 80s hitmaking machine. Billy also recorded a version of this song called European Queen. You can see evidence of this in the video when the poster to the right of him changes during a scene break as he walks down the stairs.

Twelve years after his debut album, The Boss would continue his mid-80s reign with the second single from Born In The USA, no video needed. It will reach #7 for his third Top 10 and his second in a string of eight Top 10s.

OHW, PD – I wonder how many stockbrokers sang “shooting at the walls of heartache, bang bang. I am the warrior” at they pointed their fingers at the corner office windows after the sale of more junk bonds.

Here are the Sigma Studios production notes for the Lucky Star sessions, if you’re into that kinda thing.

PD – Prince has written four songs on this countdown. One happens to be a cover. Two are by him and one was written for an early influence of his, Sheila E., who’s peaking this week.

Chicago had been moving into West Coast music terrtory ever since they invited David Foster to produce them. This is one of their best offerings within that genre as Peter Cetera and Bill Champlin take turns telling the story of a girl they neglected who left only to have them realize they screwed up. I believe the movie stars Meg Ryan.

PD – This song is slowly letting go of its hold on the charts after its climax at #3 two weeks ago.

PD – In between Tina & our current #1, John Waite stopped at the top for an I’m Not In Love update on 80s relationships.

PFK – The Cars biggest hit single and most covered by far was sung not by Ric Ocasek, but by bassist Benjamin Orr. Fret not for Ric, who recently passed away, because he met his wife of thirty plus years, Paulina Porzikova on the video shoot.

2. Stevie Wonder – I Just Called To Say I Love You

It’s crazy to think, but this is Stevie Wonder’s biggest hit. Of all time. Everywhere. It was #1 on just about every chart in landed on – Pop, Soul, AC. It was his only #1 in England and is still ranked as the largest selling Motown single over there. It was also #1 in thirteen other countries. Not bad for the lead single on a Gene Wilder movie that no one saw.

And then there’s this.

Fun fact: When a Minnesota Twins baseball player hits a home run, they play this song. As they led the league in team home runs with over 300, that’s a lot of Prince love.

4 Replies to “Reality Is A Knife”