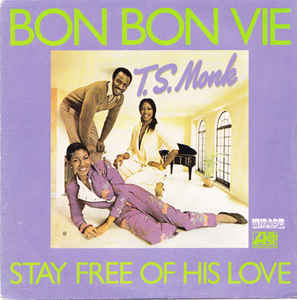 Let’s kick off the seventh chart week from the decade of greed by looking at The Other Sixty from 1980 and 1981.

73. Jim Kirk and the TM Singers – Voice Of Freedom

We start off with a really bizarre one. You may not know who Jim Kirk is, but if you listened to American Top 40, you might recognize some of the jingle work he produced, including Shuckatoom. In 1980 frustrated with how our country had been torn apart, he decided to do substantial, pull everyone together, which meant all the white folks he knew and record this song. It will climb two more notches before getting kicked off the charts.

If you want to experience it in all its 70s/80s glory, watch this clip of Jim and pals on the Dinah Shore show with Isaac Hayes, Fernando Lamas and Herve Villechaize chilling on set watching in disbelief,

From the album Head Games, which features a cheaply dressed forlorn young female on the cover sitting on a urinal wiping a bathroom wall with toilet paper, comes their third single, which missed the Top 40 by one notch. If you want to know what kind of women Foreigner likes to write about, here’s a short list: women behind bars, women with no dress, women who need a shove, women that stab you in the back. Somebody has mommy issues.

Here’s a question. Is it only a hit if it makes the Top 40? This can be discussed until the end of time. It’s interesting how a song can take a long time to resonate with a crowd. Case in point: this Detroit quartet took this single only up to #49 in 1980. But when was the last time you made it through a baseball game without hearing it play?

Fun fact: This song did reach the Top 40 in 1989 in a cover by Michael Morales, and still folks only remember the Romantics version.

Johnny finally broke into the Top 40 in late 1979 with I Need A Lover. This is the follow-up, which will top out one notch higher. Hurts So Good is only two years away.

From the ashes of the Detroit Wheels comes this sextet who will break through in 1979 with a cover of Fleetwood Mac’s Oh Well. This was the lead single from their fourth LP, No Ballads, and features organ by Lee Michaels. It will shoot up to #70 before losing its will.

Fun fact: Founder and songwriter John “Bee” Badanjek played drums for the Rockets and the Romantics.

91. Roberta Flack with Donny Hathaway – You Are My Heaven

Donny Hathaway was a world class soul singer. He was also a paranoid schizophrenic. After an aborted recording session for another duet album with Roberta Flack, Donny jumped off the balcony from his suite at the Essex Hotel to his death. One year later, Roberta released this single, one of two finished recording duets, written by Stevie Wonder & Eric Mercury. It will rise up to #47 and #8 on the Soul charts.

I’ve seen Raging Bull several times. I didn’t know there was a theme. I couldn’t hum it if you banged my head against a jail cell wall. People forget that at the beginning, when the film was released, it barely made back its budget and received mixed reviews. Once the Academy Awards got involved a few months later, people started taking a different look at the movie. DeNiro would win a Best Actor Oscar. Motown Records got excited and released this single, but it would get knocked out at #82. It coulda been a contender.

Here’s a band that was built around two singers – Johnny Average and Nicki Wills. She sings lead on this proto-New Wave pop rock track that stuttered its way to #53. And then the band disappeared.

Here we are at Jimmy’s tenth Gulf & Western album, Coconut Telegraph. The first single released was written by Mac McAnally, a singer-songwriter who would eventually join the Coral Reefer band as well as be awarded Musician of The Year by the CMAs every year from 2008 to 2018. This will peak at #57 and be Buffet’s last chart hit until 2003. It also features backing vocals by J.D. Souther.

Night had two Top 20 hits in 1979 that I bet you have no recollection of, as they have been forgotten in history. So I know you will not remember this single released from the second album, Long Distance, which peaked at #87. After the failure of the album and single, Lead singer Chris Thompson would go back to Manfred Mann’s Earth Band, and guitarist Robbie McIntosh would join the Pretenders.

In 1980 Phoebe left Columbia Records and signed with Mirage for her new album, Rock Away. She recorded most of the tracks with members of Billy Joel’s band. But for this single which peaked just outside the box at #46, she was backed by the Section.

I have always loved this disco-funk tribute to New York, led by Thelonious Monk, Jr., son of Monk. I had no idea one of the co-writers was the same dude that gave us this. But then it made sense that the other writer was the one who gave us this. The champagne will be popped at #90 but will get flat by #63.

Fun fact: The intro to Bon Bon Vie was sampled as the intro to this Public Enemy track.