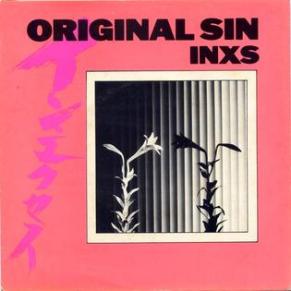 Who knows why one song becomes a hit, and another languishes at the bottom? It’s the eternal question with no answer. All of this is luck and money anyway. I’m just counting up the bodies.

I actually find most of this group of The Other Sixty from the seventeenth chart week in 1984/85 musically interesting and somewhat aesthetically pleasing. Let’s review.

That Dan scored a Top 20 hit in 1984 is a testament to his songwriting talents. That he released this twee classical ballad as a follow-up shows that he was entirely out of touch with current music. And longer than the time you could count fishes in the ocean, Dan never had a Top 40 again. This was the closest he came when it reached #48.

Here’s another artist that was unfairly kept off of Casey’s radar for the rest of the decade. What the hell was wrong with this song? It didn’t help that MTV banned this video, for doing something that Milton Berle did for years (including the video for Ratt’s Round And Round) This song was a hit everywhere around the world except for the homophobic States where it peaked at #45. In 2019, Queen would be one of the biggest selling artists in the world.

Dennis had enough of the Temptations drama and started his solo career in earnest. After all, he wasn’t in the Dramatics, am I right? He started strong with this midtempo jam that straddled the line between a house party and a quiet storm. This would reach #2 on the Soul charts but only #72  on the Hot 100. It would be sampled many times, most famously in Eric B. & Rakim’s Paid In Full and would be covered by the Kane Gang in 1988 as their entry into The Other Sixty sweepstakes.

86. Kenny Rogers – Eyes That See In The Dark

The Brothers Gibb kept Kenny rolling on the Pop charts in late 1983/ early 1984 with their latest songwriting and production project. Their third single was the title track from Kenny’s album, becoming a big AC hit, reaching the Country Top 40, but losing their night vision at #72 on the Pop charts. It’s one of my favorite Gibb songs and was happy to finally hear Barry’s demo a few years ago.

After scoring a Top 40 hit in 1983, the band called in producer Nile Rodgers to spread his magic on a song the Aussies thought would be their big US hit. And while it’s an awesome song, it would get to #58 Stateside. But Nile’s influence was evident on their breakthrough album, Kick. It’s not a long evolution from this single to Need You Tonight. In fact, I’m pretty sure it’s the same guitar part, only inverted.

So many folks have played with Poco and have gone on to have bigger careers, it would be forgivable to not know who was in the 80s version. Rusty Young is the one member who has been there since 1968 and never left. For their 1984 album, Inamorata, Paul Cotton was still hanging around. And just to confuse you, Timothy B Schmit and Richie Furay did guest spots as well. All of this hype translated into a #80 zenith and subsequent five-year hiatus.

95. Luther Vandross – Superstar/Until You Come Back To Me (Medley)

Luther serenades the ladies and the fellas too with this languishingly soulful nine-minute medley of a #2 Carpenters smash from 1971 and #3 hit for Aretha in 1974. Technically he was doing songs written by Leon Russell, Bonnie Bramlett, and Stevie Wonder. While it was another Top 10 Soul hit for Luther, white folks slept on it, and it only moved up eight more spots.

I love Peter Wolf, and I wish he left the J. Geils Band sooner. Maybe he promised them a monster hit, and once that came to pass, he felt OK about saying goodbye. A song like this is never gonna work at Pop radio, though. It’s too much fun. It was the third single from his debut and would only hit #61. The video is a hoot to watch if only to see Peter as a quick-talking DJ and his enthusiastic spastic dancing. It’s as if someone told him to walk barefoot over hot coals and then dropped two live lobsters in his pants.

Lady T finally had her big crossover hit with Lovergirl, and then that was it. I think it was too much for folks hearing a 5 ft woman throw down the funk like that because this single should have easily followed the first into the Top 40. Instead, this irresistible groove will only move up two more notches before splitting.

CK had her biggest Pop hit, I Feel For You at the end of 1984. For her third single from that album, she pulls out one of her smoothest ballads written by David Foster, specifically for her. It became a Top 20 R&B and AC hit but only burned up to #60 on the Pop charts. You may know the song via Kayne, who sped up the chorus and used it for his 2003 track, Through the Wire.

85. Freddie Mercury – I Was Born To Love You

According to the film, Bohemian Rhapsody, Freddie blew the band apart by signing a monster solo deal. In reality, FM was the third Queen member to do a solo project. And he did it without leaving the band or having the band break up. In fact, as he released this single, the band was in the middle of their The Works tour. And as far as I now never played any of these songs live with the group. The first single from his debut, Mr. Bad Guy, will fizzle out at #76.

This is a nice dose of alliteration, but you’re not gonna have a hit about one of the most boring school subjects. But putting a plus sign where the t would normally go is a nice touch. M2 co-wrote this proto-aerobics song with Brock “Automatic” Walsh and Robbie “C’est La Vie” Nevil, but it wouldn’t add up to anything more than a #74 finish.

90. The Alan Parsons Project – Days Are Numbers (The Traveller)

Here’s the second single from the 1984 Vulture Culture album. It didn’t have much more success than the first single. This one features lead vocals by singer Chris Rainbow who would usually get a least one track to sing on an APP LP ever since 1979’s Eve. The days and numbers end at #71.