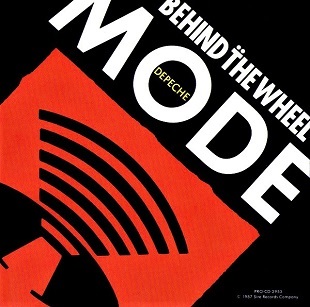 I’m not really sure how to fell about the last bunch from The Other SIxty during chart week 18. I like a few of these tracks. But would life be different if they didn’t exist? I doubt it. Eh, maybe I’m thinking about too much. Let’s just review 1987, 1988, and 1989.

Jack Wagner is back trying to have a Rick Springfield career. Problem is Jack Wagner is…Jack Wagner. Be happy for the one-hit-wonder status and get back to fake saving lives. From the album, Don’t Give Up Your Day Job, this will be his last chart single when it reaches #67.

Here’s a mid-tempo pop-rocker, written by long time REO keyboardist Neal Doughty. In fact, he’s been with them since the late 60s and played on every studio album of theirs. Not a lot of variety in that. The song he wrote was pretty good, and it gave Kevin Cronin a chance to really let it fly. I’m surprised that it died at #60.

The title track from her 1986 album was the fourth single released, most likely to support her new world tour. It was also her first chart solo single to miss the Top 40 as it peaks at #74. The song features guitar by Jamie West-Oram, which may be why this sounds like a mellow Fixx song.

Lou broke away from Foreigner with his first solo album replacing Mick Jones with Nils Lofgren and had a hit with the first single, Midnight Blue. The pride of Rochester, NY, will only hit #54 with this 45 before Lou joined the band to start work on Inside Information.

On the one hand this song I plodding and dumb. On the other, it’s incredibly catchy, which is why I bought the 45 back then. Time hasn’t made me change my thoughts on it. It will be their only Hot 100, and it will meet its death at #65.

94. Survivor – Man Against The World

Anyone here looking for an earnest ballad called man against the world? Yeah, me neither. These guys did. And they wrote just about every song as if it should be in a Rocky film. Thankfully the world won, and this track was defeated at #86.

89. Stevie Wonder & Michael Jackson – Get It

Can you imagine a more powerhouse Soul pairing than these two? Can you believe it completely tanked? It wasn’t the first they collaborated, but it was definitely the first where they shared lead vocals on a single release. This deserved a better shot at radio, more than a #80 showing. It will be a Top 5 Soul hit (duh) and #11 on the AC charts.

By the time these pioneers got around to releasing Behind The Wheel from Music for The Masses, they had mashed it up with the Bobby Troup classic. If you get the 45, the songs are separate – A & B side. But the 12″ is the one with the medley. It was big in the clubs but only reached #61 Pop.

The pride of Jamestown bursts onto the scene with one of my favorites, a song that perfectly described my teenage feelings back then. It was a nice change of pace from having to be a Smiths song. Their first Hot 100 entry will get rained out at #68. TTM would have six charts hits before unplugging to nab their first Top 40

96. Elisa Fiorillo – Forgive Me For Dreaming

Here’s the former 1985 Star Search winner with her third chart hit and second from her debut album. This high school dance ballad will fair better than her first single but will still miss the Top 40 with a zenith of #49. Elisa toured with Prince as a backing vocalist for the last decade of his life.

From the ashes of the group Kids At Work comes the Teddy Riley-produced debut from Guy. This was the jam in 1989, and it spawned five Top 40 hits on the Soul charts. This is peak new jack, and I played the hell out of that cassette, especially Groove Me. This was their only chart single on the Pop charts from that album. It only reached #70, but now the world knew who Aaron Hall was.

Was x 2 squeezed out two Two 20 singles from their What Up, Dog? This single may be too quirky for its own good. I like it, but I can see why it was ignored and left for dead at #75.

3 Replies to “Tonight I’m In The Hands Of Fate”