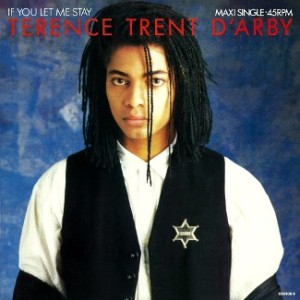 I have absolutely no idea why these guys would ruin one of their classics by re-recording it into an overly processed reverb-drenched dreck hell. Worse yet, this was the version they put on their greatest hits album rather than the original. Stewart Copeland doesn’t even drum on it. What was the point of this? [He had broken his collarbone just before they were to record a new album and uses a Fairlight CMI to program the drums.] This single still almost made the Top 40 as it had in the UK, but stalled at #46.

With many recording technology advances in the 80s, music became more sterile sounding as a result. A song like this one from Jesse’s second solo album, Shockadelica, stuck out because of the funk breaking pop’s plastic veneer. Still, I wonder what this would have sounded like full a band, including horns instead of synths. And it was great to get a Sly Stone appearance, who had been trying to get his career on track since the mid-70s. This will be JJ’s biggest R&B hit, reaching #2 as well as his most successful Hot 100 entry peaking at #53.

After changing up their sound to record the #1 smash Take My Breath Away for the Top Gun soundtrack, they changed it up again with this follow-up single from their LP, Count Three And Play. The move away from a synth-pop sound to a guitar rock vibe confused fans and would lead to the band splitting up. This 45 will turn to ash at #83.

94. Andy Taylor – When The Rain Comes Down

Take It Easy was a surprise solo hit for this Duran Duran guitarist and pushed him to decide not to rejoin the band. The second single he released was from the Miami Vice II soundtrack and features a guitar solo by Andy and ex-Sex Pistol Steve Jones. It will completely miss the Casey call when it gets all wet at #73.

When Sammy joined Van Halen it should have boosted his solo career, but it did not. In fact, he only ended up with one additional Top 40 hit, Give To Live. This single was the follow-up, and there’s a reason the Philadelphia Eagles never adopted it as their theme song. It features Eddie Van Halen on bass and guitar, but its wings will get clipped at #82.

In 1983, a New Wave duo named Interferon released a few singles that made the lower reaches of the UK chart: Steamwater Sam and Get Out Of London. The twosome known as Simon F and Simon G went their separate ways and the former released a solo album in 1985 called Gun. His second album Never Never Land spawned his only US chart single. It’s a pretty good pop track with Simon’s vocals sounding like a mix of Bryan Ferry and Bowie. Unfortunately, it debuts at its peak.

Fun fact: Simon left the music industry and moved into music video directing and then journalism. He has written five novels with a new one on the way. You can follow his blog here.

There certainly was a lot of hype with this debut. I remember hearing this single and immediatley going out to the store to buy it. Sometimes an artist catches a perfect moment in time, and everything aligns. TTD’s voice was like an arrow to my soul. This former boxer’s first release from Introducing the Hardline… made the Top Ten in England but only reached #68. His next single, Wishing Well, will go all the way to #1 on the Pop and Soul charts.

Fun fact: Less than a month after 9/11, Terence Trent D’arby joined the nonexistent. In his place came Sananda Maitreya, who has gone on to release several albums, most of which sound like Terence.

85. Candi – Dancing Under a Latin Moon

Candi was a Canadian quartet named after their singer Candita Pennella. Oddly, their freestyle-lite debut was released on I.R.S. Records, home to R.E.M., The Alarm and Timbuk 3. That might be why it didn’t do that well, only charting this single which eclipsed at #68.

Here’s an oft-covered rock song which originated in Australia before The Beatles recorded it for a BBC program and the Swinging Blue Jeans and the first hit with it, reaching #24 in 1964. This Atlanta quartet recorded their version for the Cocktail soundtrack and will shake with all its might up to #45.

We all know that Prince’s forte was not in being a businessman. So it should be no suprise that most of his Paisley Park Records releases did not do well. Here’s another one, a pair of brothers from Philly whose only chart hit, a prre-programmed dance track, will hit #86.

After 7 was a trio led by two of Babyface’s older brothers, Melvin and Kevon, This was the first single from their debut, written and produced by L.A. Reid and Babyface, and will only burn up to #74. their next two singles, Can’t Stop and Ready or Not would hit the Top 10 in 1990, so this was re-released later that year. In its second appearance, it will reach #19 in early 1991.

The Jets were tanking hard with their new album, Believe, so they turned to their ace-in-the-hole – a prom dance ballad written by Diane Warren. No one was interested in the Wolfgramms anymore and this single will only step up five more spots.

This Chicago quartet was marketed through the glam metal door but they owed their sound more to Cheap Trick  than they did Poison. Still MTV treated them like they belonged with the Crue and played the video for their debut album lead single enuff to get it up to #67. They have been together for over thirty years and released a new album in 2020.

Good luck trying to dance to this one. Marvin Burns aka Lil Louis was a Chicago DJ/producer influenced by the music coming out of the Warehouse weekend parties over the last decade. His entry into the House music arena was this track, one that chugs along before gradually slowing down to a crawl in the middle before gently speeding up again. It was huge in the clubs during the Fall reaching #1 on Dance charts and hitting #2 on the UK charts. Here in the U.S., the kiss went dry at #50.