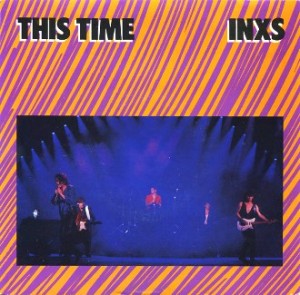 We’re moving into the middle of the decade during chart week forty-six with some great tunes by well-known acts that couldn’t lift them up past #41, which makes them part of The Other Sixty. Let’s review 1983, 1984, and 1985.

APP released this single in the Fall of 83 to simultaneously promote a Best Of collection and their new album, Ammonia Avenue, which were both released months apart. Not sure I understand that logic from a financial point of view. With lead vocals by Lenny Zakatek, it will peak at #54.

92. Industry – State Of The Nation

This was the only charting single for this US New Wave quartet. After releasing multiple EPs, they finally put out a full-length album that features this anti-war track. It will only climb to #81 but will become a #1 hit in Italy.

Fun fact: Lead singer Jon Carin joined Pink Floyd on the road in the late 80s and co-wrote the track, Learning To Fly.

Here’s the follow-up to the Atalanta band’s huge Soul smash Just Be Good To Me. From their album, On The Rise, this Quiet storm ballad, written and produced by Jimmy Jam & Terry Lewis, will reach the R&B Top 5 but will face indifference on the Hot 100 at #65.

Former NYPD employee leads off his fifth studio album, Where’s The Party? with this rocker about a rebellious girl who’s about to hit rock bottom. It’s pretty ironic because it was around this time that Eddie’s music career and personal life would go through the same thing. He’ll turn it around, but not before this crashes at #54 in early 1984.

This duet was the B-side of Bop Til You Drop, the third Top 40 hit from the Hard To Hold soundtrack, moving down the charts and sitting at #82 when this song debuts at #83. [Even better, an old track of Rick’s called Bruce from a 1978 album of his debuts at #81.] The song will run out of dimes at #59.

This UK New Wave quintet follow-up their question of Are We Ourselves with this track about light being present in the darkness. It will go dark at #69. Both were from their Rupert Hine-produced album, Phantoms. I was always partial to Less Cities, More Moving People, the song, and the concept.

By their eighth album, the trio Shalamar had no original members left, although Howard Hewitt did play a big part during their successful years. He co-writes this track with George Duke, which won’t do much on any chart. On the Hot 100, it forgets where it’s going and heads back down after hitting #73. Howard will leave after the group after this album.

The follow-up to the title track of this Canadian quintet’s fourth album, Lovin’ Every Minute Of It, is a song that Brian Adams wrote with his partner Jim Vallance and recorded for himself. Originally titled Reckless, he left it off but kept the title for the album. It will appear less threatening after it falls from #65.

This Australian sextet kicks off their Listen Like Thieves release with this single that always reminds me of R.E.M., at least until Michael Hutchence starts singing. It’s one of my favorites from this group, and I’m still dumbfounded how it languished at #81. Thankfully their next single, What You Need, will do much better.

If you like confusing relationship metaphors and faux-rock drama created by studio producers rather than good songwriting, then John Parr has you covered. He destroys any will goodwill he created with St. Elmo’s Fire by wasting it with this track. It had originally been released and May and went nowhere. He should have seen that as a sign. It charts this week but will only move up three spots before enrolling in an English class.

93. Robert Palmer – Discipline Of Love (Why Did You Do It)

If the plan for Island Records was to just release this single to get people interested in Palmer’s new LP before walloping them with Addicted To Love, then bravo. If it wasn’t, then they almost blew it. [and yes, it begs the question, ‘why did you do it?’] To me, it’s a good song but definitely not a lead single. The Bernard Edwards-produced Riptide will produce three Top 40 hits, including the aforementioned #1 single and I Didn’t Mean To Turn You On, which hit #2. This one will lose its focus at #82.

94. Lisa Lisa & Cult Jam with Full Force – Can You Feel The Beat

Man, they played this song so much on New York radio, I would’ve thought it was a Top 40 hit. But I guess the rest of the world didn’t have Lisa X 2 mania just yet. It was a huge club hit but will only freestyle its way up to #69. Duo Nina Sky pays tribute to this song on their #4 hit, Move Ya Body, in 2004.