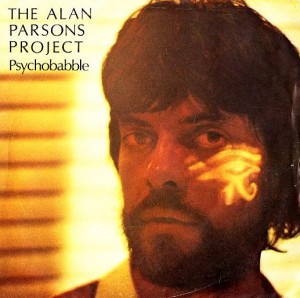 It’s chart week forty-seven and also the week of Thanksgiving. Let’s give thanks to this awesome lineup of artists and their entries into The Other Sixty as we review 1980, 1981, and 1982.

EWF released a can’t miss funk jam, Let Me Talk, as their lead-off single from their double LP, Faces. But it missed the Top 40 by just four spots. So they decided to let a storm blow in, quietly, with their next single. This ballad came close as well, peaking at #48 while hitting the R&B Top 10.

Rockpile was formed in 1976 as a power-pop foursome that came out of the UK pub rock scene. Led by Dave Edmunds and Nick Lowe, they recorded two albums in 1979 – Edmunds’ Repeat When Necessary and Lowe’s Labour of Lust, which spawned the Top 20 hit, Cruel to Be Kind. They recorded another album under the Dave Edmunds title earlier in the year before putting out their only album under this name. Their only chart single, which mixed rockabilly and New Wave rock elements, will get detention at #51.

Dionne took a few trips to the marina in the early 80s with varying success. This easy-going Westcoast pop tune was the follow-up to her dramatic ballad No Night So Long. It will become a #12 AC hit but will find it harder to climb any higher than #77 pop.

This was the third single released from Billy’s second album, Don’t Say No. The first two songs, The Stroke and In The Dark, made the Top 40. This one just misses the Casey call when it peaks at #45. Eminem heavily sampled this track on Shady XV, which was featured on a 2014 Shady Records compilation.

After her success in the movie Fame as well as two Top 40 hits from the soundtrack, Irene released her first solo album in early 1982. The title track was the first released single just in time for the Christmas gift season. Unfortunately, the 45 went blind at #42.

VH-1’s Behind the Music should have been created for one reason only – a sixty-minute expose and explanation about this band. Who thought dressing five guys up as different athletes to play soft pop was a great idea? If there was coke at that meeting in the back room of a Denny’s, it was definitely cut with angel dust and asbestos. Don’t believe me? Here’s the opening line to this ballad – “I’m strong.” (pause, piano break). “You said that you like strong men.” Ouch. That is friggin’ painful. Thankfully these guys didn’t spend their life (or more than two weeks) having to play this song, which only moves up one spot before snorting Kryptonite. Imagine if Scrubs used this for their theme song.

Also, I imagine songs like this are what inspired SNL skits such as this.

Destroyer failed to rise higher than #85, so Arista quickly released the band’s second single from Give The People What They Want. This track, inspired by Ray Davies’ impending divorce, became one of their best-loved tracks of the 80s, even though it will only top out at #92.

78. America – Right Before Your Eyes

America, pared down to a duo since 1977, made the Top 40 for the first time in six years with You Can Do Magic. This ballad was the follow-up, written by Ian Thomas and produced by Blood, Sweat and Tears’ Bobby Colomby, and it almost followed the first one in. But instead, it will get stuck at #45.

Speaking of Ian Thomas, Carlos and his cohorts hit #15 earlier in the year with his own version of Hold On, originally recorded for Ian’s 1981 LP, The Runner. This rocker was the follow-up single that didn’t perform as well, letting go after climbing to #66.

The title track to APP’s 1982 album, Eye In The Sky, became the most successful single in their history, reaching #3 for three weeks. It was a hard act to follow, but this single gave it its all. With lead vocals by Elmer Gantry, it will incoherently blab its way up to #57.

Someone forgot to tell the folks at RCA that the medley craze was winding down in 1982. Instead, they repeatedly kicked the King’s coffin and released this beyond shitty medley of Elvis tunes. It was so bad that it left the building at #71.