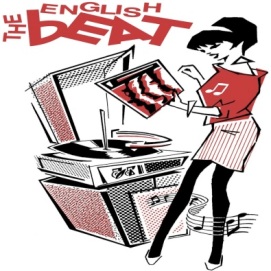 Let’s get back to checking out those songs held under the Hot 100 in the 80s, the ones we affectionately call the Bubblers. We’re up to chart week twenty, and as always, there’s a lot of lost Soul(s).

This New Jersey funk band made two significant changes in 1978. They brought in a producer (Deodato), and they hired a full-time lead singer (J.T. Taylor) Both paid immediate dividends that lasted through most of the 80s. Their 1979 album, Ladies Night, smoothed out some of their rough edges and spawned two Top 10 singles on both the Pop & R&B charts. This was the third single which reached #36 on the R&B Hot 100. Within six months, they’ll have the most successful and most enduring single of their career.

Chaka reached #21 with I’m Every Woman from her debut in 1978, then proceeded to strike out at Top 40 radio with every solo single she released until 1984’s I Feel For You. She had a wealth of potential hit singles in between those years but was shut out by Pop programmers. This Ashford & Simpon-penned funky disco tune was the lead single from her terrific second album, Naughty, will reach the R&B Top 10.

Fun fact: Sixteen-year-old Whitney Houston, along with her mom Cissy sings back-up on this track. Whitney will return the favor by covering I’m Every Woman for The Bodyguard soundtrack, taking it up to #4, and giving Miss Khan a shout-out at the end.

Aerosmith was in complete disarray by 1978, prompting Joe Perry to leave the band and form a new project. Unfortunately, the leader of this outfit was not charismatic but instead the quiet guy, hence the title. And the music was not worth listening to, in my opinion. We all know how it turns out, so let’s just call this rocks bottom.

Bill Summers is a percussionist who played in the Herbie Hancock’s band, The Headhunters, including their 1973 jazz fusion breakthrough album, which featured Chameleon & Watermelon Man. Bill formed the funk band Summers Heat in 1977, and this single, the title track from their fourth album, became their most successful, reaching #16 on the R&B charts.

Ohio, the land of Funk, was the birthplace of this nonet which tallied thirteen Top 40 R&B hits without ever grabbing one Top 40. This laid-back jam was the second single from the band’s sixth album, Your Wish Is My Command, and reached #25 Soul.

What’s this New Wave classic doing here? Well, the charts were getting clogged with catchy pop from the UK, and someone was going to held down. For every Our House, there was a Save It For Later, the second Bubbler from the group’s final album (in their original configuration), Special Beat Service. They had more success as parts of new outfits, General Public and Fine Young Cannibals.

Smokey was still playing the boogie game in 1984 with another rare groove track, the lead single from his fourteenth solo album, Essar (get it? his initials…) It’s a sweet groove, but Smokey’s sweet soothing voice sounds odd on top of it. He’s still two albums away from his late 80s comeback.

Talk about a lost jam. This is so good. How did this not cross over in the Summer of 1985? They used play this video a lot on VH-1 and that’s where I became familiar with it, rather than in its inclusion in the female bodybuilding documentary, Pumping Iron II. In the 2013 film, Begin Again during a celebratory wrap party scene during a fun ‘don’t dance‘ challenge. Everyone lost. It will reach the R&B Top 10 and UK Top 40.

After after a few classic Disco smashes in the late 70s, Peter couldn’t get any of his 1980 singles to chart at all despite them being catchy, danceable, and radio-ready. Released from his 1984 album, Snap, it will be his last song to post on the Hot Disco/ Dance charts reaching #20

We’re gonna wrap up the week of Bubblers with a Quiet storm ballad from the Cleveland singer, Frederick Davis. It didn’t get a lot of National play even on Soul radio, as it only reached #48 on the R&B charts. This was partly due to local record label Heat Records’ failure to keep up with the single’s buying demand. But if they played it in your region, there’s a good chance you danced to it at a prom, wedding or the privacy of your own home.