We have reached the end of our review of singles Bubbling Under the Hot 100 during the 80s.

Let’s wrap it up and first take a gander at chart week fifty-one. 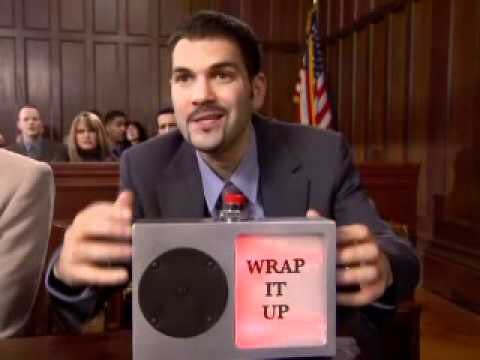 ARS couldn’t carry any of their 70s mojo into 1980 and ended up with two Bubblers from their ninth album, The Boys From Doraville – I Ain’t Much and this one, which was the follow-up. It was a solid album, but maybe it was missing that extra special something with drummer and lyricist Robert Nix getting “nixed’ from the band {So that’s where that phrase comes from…] They’ll be back in the Top 30 next Fall with Alien.

The follow-up to the Akron, OH quintet’s platinum single, Whip It was this equally catchy synth-rock single and the title track to their third LP. This track which talks about the concept of free will becoming a burden in a land with so many options, will climb to #8 on the Dico Top 100.

Fun fact: During the release of C&T’s fifth album, Keeping Our Love Warm, Toni was on TV hosting her own syndicated talk show, The Toni Tennille Show. Here’s the episode from the week of this 45’s Bubbler debut.

With songwriting partner Tommy Boyce, Bobby Hart wrote some big hits in the 60s, such as Come a Little Bit Closer for Jay & the Americans and Hurt So Bad for Little Anthony & the Imperials. They also wrote hits for the Monkees, such as (I’m Not Your) Steppin’ Stone and Valleri and a smash for themselves in early 1968, I Wonder What She’s Doing Tonight, which reached #8. After many years of performing with Tommy, Bobby released his first solo album in late 1979. When that bombed, he switched labels from WEA to Ariola and recorded this ballad, a mere bubblin’ blip at the end of the year.

The Texas trio was winding down the first half of their career by their seventh album, El Loco. Their initial use of synthesizers on this release would inform the direction of their sound throughout the 80s. For now, we’re still treated to analog blues-rock courtesy of Frank, Billy & Dusty. It will reach #4 on the Mainstream Rock charts.

Along with Bill Withers, Grover came up with the perfect tune that mixed soul, jazz, and pop in 1981 when Just the Two Of Us climbed to #2. He never got that close again and ended with two more Bubblers, this one representing the title track from his fourteenth LP. This Quiet Storm ballad sung by Patti Labelle and synth work from co-writer Dexter Wansel will peak at #14 on the R&B charts.

And this is where it all began. A simple dance song that would be Madonna’s only Hot 100 miss until Bedtime Story in 1995. Nothing on this track tells the listener that you are hearing the most significant female artist of the 80s. She added that element by fusing an ever-evolving video image with business smarts and her ambition. This will rise to #3 on the Dance/Disco Top 80.

Fun fact: Her follow-up, Burning Up, which I prefer, will not even become a Bubbler. But because of its strength in the clubs, it convinced Sire Records to record an entire album with her. And the rest is…..

I love Eddie Holman’s 1969 recording of this song, which reached #2 in early 1970. And even though it was initially recorded by Ruby & the Romantics as “lonely boy,” and I think it plays better as “lonely girl,” But I understand Stacy’s choice in covering it because it’s a great song ad she sells the hell out of it. Unfortunately, she will only chart at #71 on the R&B charts.

Effie’s follow-up to the #49 song, I Am Love, from her debut, Feel My Soul, is a nice little soul boogie track that will climb to #24 on the R&B charts but keep her a one-hit-wonder on the Pop charts. It was produced by Earth, Wind & Fire’s  Maurice White and features some of those synth horn riffs he’d utilize in the 80s.

Linda did so well with a Pop standards album, What’s New, in 1983 that she recorded another one with Nelson Riddle called Lush Life. The first single released was her version of the Johnny Mercer/ Hoagy Carmichael standard, initially recorded by Bing Crosby, Dinah Shore, and the Glenn Miller Orchestra. The song just missed charting on the Hot 100 but will peak on the AC charts at #12. It also features harmonica by Wrecking Crew member Tommy Morgan.

Stick ’em! Years before they tackled the Beach Boys & Chubby Checker, this hefty hip-hop trio gets their first Bubbler from their debut, the Fat Boys. Produced by Kurtis Blow, they beatboxed up to #17 on the Soul charts as the first of six R&B Top 40 hits.

There was only one year during the 80s where Bubblers appeared during chart week fifty-two. So what did 1980 chew up and spit out?

Robin was hot in 1980 with a big sitcom, Mork & Mindy, and a burgeoning adult comedy career. He decided to try his hand in films garnering the lead in Robert Altman’s live-action version of Popeye. It was a financial success but a critical flop. It’s an oddity that should be rewatched light-heartedly.  The soundtrack was written and produced by Harry Nilsson. So what we have here is Robin Williams singing a Harry Nilsson tune and almost having success with it.

Fun fact: For you movie buffs – the Popeye song, He Needs Me, sung by Shelley Duvall (Olive Oyl), was heavily used in the Paul Thomas Anderson film Punch-Drunk Love.

We’re gonna wrap it up with the third single from the Quincy Jones-produced album, Give Me The Night, which won three Grammy awards. One of five tracks written by Rod Temperton, it will clip #3 on the R&B charts and #9 on the AC charts for all you teeth drillers out there.

So there you have it, all of the singles that Bubbled Under the Hot 100 during the 80s. Now what? Ideas? Drop me a line.