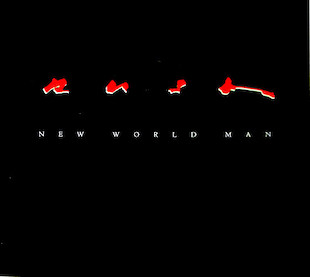 It’s the week of October 9th, 1982. The theme park EPCOT is finally open in Orlando. Why does that matter? Because that’s the amusement park Walt Disney actually wanted to open in the 60s. But when he died in 1966, the folks in charge moved ahead with a different plan and opened the Magic Kingdom instead. If you took a plane ride down to Florida at this time, you may have switched to Channel 7 in your arm rest console to listen to a playlist called Pop Showdown, which may have included some of these songs.

40. Rick Springfield – I Get Excited

It feels like every time I discuss a different countdown from the 80s, there’s a Rick Springfield song stuck somewhere in it, one that no one remembers. This will crawl to the unexciting high of #32.

OHW – And on the other end of the energy spectrum, we have choreographer turned singer Toni Basil with a proto-New Wave song that will reach #1 just before Christmas. This is actually a cover of a ChinniChap track called Kitty for an English band, Racey that was a hit in the UK in 1979.

And here’s a true special at #38. It’s 38 Special. I swear that Billboard did stuff like this on purpose, like when Eighteen With A Bullet by Pete Wingfiled hit #18 with a bullet on Nov. 22nd, 1975.

Even though Pete Townshend wrote this song about meeting actress Theresa Russell, the lyrics are a gigantic mess sounding at once misogynistic and at times the product of a cocaine hangover nightmare. If they were written down on a nightstand pad, they should have been left there. This will be the last Who Top 40.

I’m not sure which numbered comeback this was, but it’s notable because it was in name only. David Crosby wasn’t on their two biggest hits from Daylight Again but this one which will still reach #18 before year’s end. Art Garfunkel and Timothy B Schmit added the extra vocals to the harmonies.

REO Speedwagon had 13 Top 40 hits within a ten year period. Most of them are largely forgotten like this one, which will hit #26. At least their accountant remembered. Hopefully.

OHW – I always loved that part of a cheating song which included someone calling the other lover and then hanging up when the wrong partner picked up. I loved prank calling random numbers as a kid and sometimes I would call a number and not answer when they reached them. So I wonder how many times I was somebody’s “nobody”?

OHW – Yes you read that correctly. This was Rock & Roll Hall of Fame band Rush’s only US Top 40 hit. It doesn’t make any sense to me either but I’ll let guitarist Alex Lifeson discuss it even further.

THW – Was this on the Iron Eagle soundtrack? It should have been. It should also have been a bigger hit than it’s #31 showing. If this doesn’t fill your dancefloor, you’re doing it wrong.

Toto had three Top 10 hits from Toto IV. This one, released between Rosanna & Africa is at its peak this week. But to me it’s the album’s hidden gem.

Kim easily moved into synthpop and fully commits with the title track to her new album. Although it’s hardly remembered today as it stalls at #29, I would rather hear this than Bette Davis Eyes any day of the week.

THW – The pride of Sacramento is moving up the charts to an eventually zenith of #16. This was produced by Kim Fowley and this is always mentioned as his final production, which is incorrect. In 1986 he produced Don’t Cry Wolf by the band London, which was his last.

RAR – E.T. was such a huge film in 1982. It touched kids and adults alike, even big kids like Neil Diamond who along with Burt Bacharach & Carole Bayer Sager wrote a song directly inspired by it. Considering that the film was only released four months previous, that’s quite a turnaround. Neil had to pay Universal Studios a boatload of money  to use the ideas and imagery from the film, but the song will hop on a bike and ride all the way up to #5. It will be Neil’s last Top 10.

RAR – Glenn Frey wasn’t the first original Eagle to have a solo Top 40 hit. That would be Randy Meisner. He wasn’t even the first to have a Top 20 {Randy again.] But this track will be the highest charting to date once it reaches #15. As you listen to this romantic ballad, you can understand why.

Aretha was trying to ignite her pop career once again and got it started with this Luther Vandross-penned and produced track. It will hit #23 on the Pop charts but spend seven weeks on top of the R&B charts, as well as provide a soundtrack to lots of double dutch competitions.

Westcoast Kenny. This time, heavily inspired by Raiders of The Lost Ark he’s ready to embark on a High Adventure, as if he was in the Boy Scouts. He even included bull whip sounds on the album’s first single, a duet with Steve Perry that also features a guitar solo by Neil Giraldo. It will hit #17.

One of my favorite Kool & the Gang songs for a very simple reason: the jazzy melancholy chords betray the title making it a song that sounds better in the morning than it does at night. Their LP, As One, didn’t spawn any US Top 20 hits but it’s an underrated album in their catalog.

By the time F’Mac figured out that Stevie Nicks was an asset, she started saving the good songs for herself. This was was written around the time of the Tusk sessions. Her plan was to put it on her solo debut, but held off and decided to record it for the next F’Mac album, Mirage dedicating it to her friend Robin, who had leukemia. This week, as the song travels through the Top 40 up to its high of #12, her friend passed away.

4 Replies to “Concerned With Yesterday”