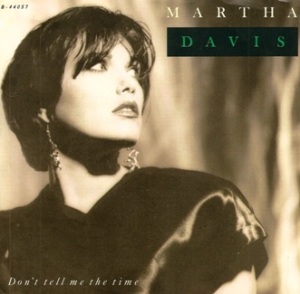 Let’s wrap up chart week forty week with a review of the Other Sixty from 1986 up through 1989.

Imagine you’re recording a song, and you’ve got Ron Wood on guitar, Bonnie Raitt on backing vocals, and a guitar solo by Stevie Ray Vaughn. Why on earth would you ruin it by letting Don Johnson sing lead vocals? That was the quintessential 80’s celebrity rock album experience. The pain will go on until #56.

Dave, seriously, what the fuck is this? It’s bad enough I have to hear Sammy Hagar sing about dreams with a boring jingoistic video featuring the Blue Angels. Then you want us to sit through your Sintara phase? Please go makeup with Eddie before it’s late. [note: 2006 is too late] The people say flush it at #85.

After Blondie split up in 1982, Debbie took some time off to take care of her then-partner, Chris Stein, who was suffering from a rare autoimmune disease called pemphigus. With his subsequent recovery, she resumed her solo career with her first album in five years called, Rockbird. This was the lead single released from it and will become a Top 10 in the UK. In the States, it will get tongue-tied at #57.

Martha’s first solo album, Policy, was intended to be a new Motels long-play before breaking up the band in early 1987. She hasn’t been very fond of this endeavor in the past, and it certainly wasn’t very successful. But there are many terrific songs on it, including this one, the first single released. It will only reach #80 but will become a Top 10 smash in Australia.

The band Aurra started out as an offshoot of the funk band, Slave and they had one chart, Make Up Your Mind, in 1981. They released five total albums before a legal dispute prompted them to change their name to Deja. This single, from their first album Serious, will be their biggest hit, reaching #12 on the R&B charts and #54 on the Hot 100.

Fifteen years after Roberta Flack went to #1 and eight years before the Fugees returned it to the top, Al B. Sure released his New Jack version as the third single from his In Effect Mode album. I wouldn’t doubt that a young Lauryn Hill heard this, sang along, while she dreamed about her future. Al’s cover will only reach #80 but will make the Top 15 on the Soul chart.

Here’s the first US charting single from a UK pop quartet fronted by singer/actress Patsy Kensit, who appeared in Absolute Beginners two years previous. This song had been recorded by other artists in 1988, such as Tracie Spencer and Martika, but this version is the only one to make the Hot 100. Lightning will strike it at #56.

Radio played this lead off track from Eric’s Journeyman album so much, you’d be forgiven if you thought it was a Top 40 hit. It will only reach #55 but will spend six weeks atop the Mainstream Rock charts. Chaka Khan sings background vocals on the track.